According to SBI Cap Securities, Bangalore is witnessing an opposite trend with six million square feet of residential apartments being bought by buyers every month for the past year. This at a time when home sales are falling heavily across other major metros in India.

With information technology (IT) companies give salary raises and bonuses during the March-April quarter, and the festive demand, the Bangalore economy is supporting this kind of absorption as most of the buyers are salaried class. IT behemoths such as Infosys, Wipro, and TCS are hiring 10,000 to 15,000 staff, giving boost to new home purchases. While absorption is steady, the number of new launches in Bangalore has come down sharply from monthly average of seven million sq. ft to four million sq. ft a month now. This has helped it to keep inventory levels under check.

Due to lower absorption, the inventory levels in Mumbai have touched 99 million sq. ft and in terms of inventory in months of sales (or months taken to clear inventory) stands at 16, compared to eight months in 2010. This is one of the highest levels in the country. NCR has an inventory level of 132 million sq. ft. This is higher than other cities, but it has come down from a peak of 150 million sq. ft in 2010, courtesy lower pace of newer launches. 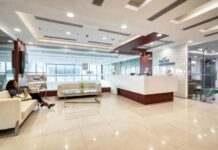 How will consumer needs evolve?