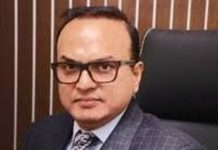 New article at The Property Times: -11-2-13…the property times……Luminaries from Field of Architecture and...

Statement in Response to IAC Allegations

Shri Arvind Kejriwal today held a press conference in which he once again made some allegations inter alia against DLF. Due to paucity of time, we wish to issue a short factual rebuttal in this regard. Shri Kejriwal's allegations largely centre around issues which are already in the public domain and are well disclosed. It is unfortunate that an attempt is being made to sensationalise the same. Our brief response is as follows:

Is there a nexus between DLF and Government of Haryana?

With reference to the 30 acres of SEZ development by DLF on land purchased from East India Hotels, the order of the Hon'ble High Court of Punjab & Haryana has been stayed by the Hon'ble Supreme Court of India vide its orders dated 20th June 2011 and 26th September 2011.The matter is subjudice and is awaiting hearing.