Policies The Property Times News Bureau - August 7, 2020
New Delhi, August 07, 2020: We expected more stringent measures from the RBI booster to revive the economy. A cut in the policy rate... 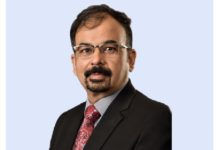 Policies The Property Times News Bureau - August 6, 2020
New Delhi, August 06, 2020: The decision to allow one-time restructuring of loans by RBI is a great news for the real estate industry.... Policies The Property Times News Bureau - April 8, 2019
By S.S. Rana & Co. Advocates The Real Estate (Regulation and Development) Act, 2016 (hereinafter referred to as "RERA") which came into effect from May 1,...

Policies The Property Times News Bureau - January 4, 2014
New Delhi, January 04, 2014: The Poll results and the change in Government spreads a wave of positive sentiments in the real Estate sector....

Several Key Decisions Taken by Ministry of Housing & Poverty Alleviation During 2013 for...

Policies The Property Times News Bureau - December 31, 2013
New Delhi December 31,2013: The Ministry of Housing & Poverty Alleviation has taken several important policy decision during the year 2013  for the improvement of infrastructure and...

Competition, not regulator, need of the hour: DLF

Favouring open competition rather than a regulator, a senior official of realty major DLF has said that the draft real estate regulator Bill would only increase the number of watchdogs without solving the sector's problems.

“Speaking on the sidelines of the National Housing Bank conference on ‘Housing: An Engine for Inclusive Growth”, Rajeev Talwar, Executive Director, DLF, said: “Increasing the number of authorities is not the solution to the real estate sector's problems. We still have to get a number of clearances from various authorities before starting a project.”

The Real Estate (Regulation and Development) Bill seeks to provide a uniform regulatory environment in the sector. It has been sent to the Cabinet and is pending approval. Key elements in the draft Bill include provisions for jail term for developers for misleading advertisements about projects.

As much as Rs 198 crore — out of this overall amount of Rs 644 crore — came from retail individual investors. The remaining came from institutional investors.

NHB could have raised more funds if more time was on its side, Verma said, adding that the recent public offering was open only for five days.

“There was a good market for retail. We did not get enough time to market the retail issue”.

The softening of G-sec yields in the run up to the issue also did not help as it impacted the pricing of the tax–free bonds, Verma noted.

It had room to mobilise upto Rs 3,750 crore through the recently concluded public issue.

Another factor which could have impacted tax free bond issues this fiscal, including the recent NHB issue, is the delayed clarification from the corporate affairs ministry.

N-E Delhites can get property registered on the same day

New Delhi: People in North-East Delhi will now be able to get their properties registered on the same day of filing of application under an online registration system.