Mr. Kishore Lund entered the family business after his education in the year 1971. He assisted his brother Mr. Bhagwandas Lund in the financial services business.

He took up the responsibility of the construction of our Movie Theatre in the year 1984. His eye for quality and finish and his People Management skills in handling large projects were the key factors in Srivari Group’s foray into Promotion of Real Estate in 1989. He single handedly managed the initial projects and his philosophy of Total Project Management has been held in very high esteem in Coimbatore. The improvement in Quality Standards in project after Project has earned Srivari its reputation today of being Builders who provide the highest quality standards in the City.

Mr. Kishore Lund was one of the 3 founder members of CREDAI Coimbatore then called Coimbatore Property Developers Association in the year 1996. He was its Treasurer for 10 years until 2006.

Mr. Kishore was responsible for the renovation of the Sindhi Durbar and also lent his expertise in the construction of Sindhi Vidyalaya Matriculation School.

He was a member of the Coimbatore Flying Club in 1969 and was trained for Student Pilot’s License. 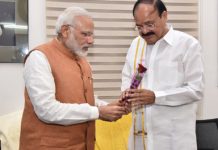