Serie is an international practice specializing in architecture, urban design and research on the city. The work of Serie is known for its organizational intelligence, elegance and contextual engagement. The design of Serie is led by Christopher Lee and Kapil Gupta and our portfolio of work includes projects in India, Singapore, China, the Middle East and the UK, and has been based on a series of high profile design competition successes. Founded in 2006 by Christopher Lee in London and Kapil Gupta in Mumbai, India, Serie maintains offices in London, Mumbai, Singapore and Beijing.

The practice is known for its theoretical position which emphasises the study of building typologies and their evolution. We base new architectural solutions on the careful study of historical building precedents. With a close relationship to the Architectural Association School of Architecture in London and Harvard Graduate School of Design in the USA where Christopher Lee is a member of the academic faculty Serie has re-opened interest in this field as one of the key areas of architectural discourse.

Fundamental to our work is a highly refined approach to design with emphasis on rigorous geometry and the innovative use of materials. This design focus is complemented by a meticulous and inventive approach to construction. This combination of capabilities has allowed the firm to develop a reputation for exciting, contemporary design.

Serie Architects won the ‘Young Architect of the Year Award’ in 2010. This is the most prestigious award in the UK for architects under the age of 40. The award recognises innovative design, successfully completed projects and inventive theoretical work. 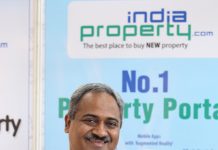