New Delhi, January 04, 2019: The building material industry is the second largest employer in the country after agriculture, providing significant contribution to the nation’s economy and employing a large number of people. Currently it is valued at approximately $126 billion and is accounting for around 8% of India’s GDP. Industry reports forecast that the bourge oning Indian construction/building material industry is expected to record a CAGR of 15.7% y-o-y to reach US$ 738.5 billion by 2022.The key areas of expected growth are social infrastructure, educational institutions, hospitals, government accommodation, defense infrastructure and water resources.M&A deals worth US$ 5.4 billion in 2017, private equity and venture capital investments worth US$ 3.9 billion with 29 deals during the first half of 2018 and AIIB’s announcement to investUS$ 200 million into National Investment & Infrastructure Fundare some of the key developments which underline the significant interest of international investors in the Indian infrastructure space. 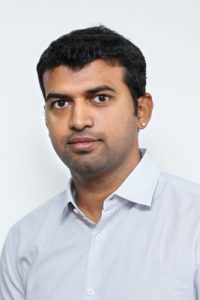 Infrastructure development is believed to be the backbone for the overall economic development of a country. Launch of numerous ambitious building schemes in the recent past by the Indian government including industrial parks and corridors, technological hubs known as smart cities, logistics network, Housing for All 2022 scheme etc are strong contributing agents to the growth of the industry. As all these initiatives will need supplies of cement, ceramics, steel, windows and other construction materials, it makes the future of the building material industry promising and lucrative.

2018 has been aremarkable year for the sector with significant advances. In the last union budget, the government has given a massive push to infrastructure development by allocating US$ 92.22 billion for the sector and bringing affordable housing under the ambit of ‘Infrastructure’. Budgetary allocation of US$ 18.69 billion for the road sector, US$ 10.97 billion for development of National Highways, US$ 22.86 billion for railways, US$2.47 billion towards Sahaj Bijli Har Ghar Yojana, US$ 648.75 billion to increase capacity of Green Energy Corridor Project, US$ 69.86 million for the upgradation of state government medical colleges (PG), US$ 122.66 million for development of government medical colleges and government health institutions, allocation of US$ 1.55 billion to boost telecom infrastructure, commissioning of US$ 31.81 billion for smart cities development and construction of additional 150,000 affordable houses under PMAY showcases the clear vision of the country and the opportunities for the sector ahead. Most of the prominent investments have been in states of Andhra Pradesh, Telangana, Maharashtra, Gujarat, Goa, Union Territories of Daman & Diu and Dadra & Nagar Haveli.

Additionally, India has been mandated elements of prefabricated, pre-finished, and volumetric construction (PPVC) for all projects on government land. Government backs this with subsidies for companies that participate with the aim of increasing and standardizing modern methods of construction (MMC) in the country. All such factors are also fueling the demand for construction materials in India as well as in Asia-pacific region.

The year ahead will see focused phase wise development in road and railway network, port and airport development, solar park development, strengthening of logistics and warehousing segment, affordable housing launches and metro rail network expansion. Government is making strong attempts to revive the sector and give boost to Public Private Partnerships as India requires investment worth US$ 777.73 billion in infrastructure by 2022 to have sustainable development in the country. There will be an increased focus on the core infrastructure industries that include coal, steel, cement,natural gas, ceramics, windows, crude oil, refinery products, fertilisers, water supply and sanitation and electricity.

Major development will be seen in the wishful construction of around 250 airports across the country in next 2-3years by Airports Authority of India as they plans to spend over US$ 3.2 billionto build new terminals and expand the capacity of the existing ones.Metro rail projects worth over Rs 500 billion ($7.7 billion) are underway in India and this pile is expected togrow.As of August 2018, 22 metro rail projects are ongoing or are under construction. Monorail Projects are also being developed in Chennai, Thiruvananthpuram, Bengaluru, Pune, Thane, Delhi, Port Blair, Dehradun, Chandigarh etc. All these developments underway give a clear indication of the exciting future the sector holds.

Infrastructure sector is expected to contribute 15% to the Indian economy by 2030 thereby navigating India to possibly become the 3rdlargest construction market globally in the coming years. All recent policy reforms such as GST, RERA, Benami Act, REIT, steps to reduce approval/delays etc. are only going to strengthen the future of construction industry in India.However, vision and investment alone would not be enough to turn infrastructure dream into a reality; there are many planning, technical and financial oriented issues that needs to be tackled immediately and efficiently. Immediate attention is required to address concerns related to land acquisition, environmental clearances, time and cost overruns and reduction of regulatory uncertainty and delays. Additionally, a mechanism for single window clearance for approvals and improved transparency is also necessary.