New Delhi, November 09, 2021:“Even though the sudden and initial impact of demonetization over the economy was severe and real estate was the worst hit sector. However, today I feel that it was a much-calculated move by the government to streamline the economy and bring transparency in key sectors. It has helped the sector to consolidate the market, it brought a level playing field for the organised and transparent entities. It has prevented the inflow of black money and nearly wiped-out the unorganised players. More importantly, it has paved the path for corporate and listed companies to expand and grow, which in other cases was tilted in favour of local and unorganised players.

Demonetization has also increased the awareness about digital payments and online transactions amongst the home buyers. This has drastically helped the sector to eradicate the age-old menace of illicit transactions and dubious sales. In a nutshell, Demonetization along with RERA has made the sector more organized, transparent, and robust which appears to me as the stepping stones towards attaining the much-awaited industry status for Real Estate.” 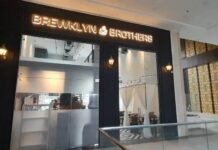