“The Kundali –Manesar- Palway Expressway project covering five districts – Sonipat, Jhajjar, Gurugram, Mewat and Palwal will not only reduce traffic congestion in northern Haryana but also in the national capital region. This quick link to Ghaziabad, Noida of Uttar Pradesh, and to Gurugram, Faridabad and Palwal districts of southern Haryana will escalate the realty market of Delhi and Haryana as well, thus being another catalyst to Affordable Housing Segment”

“Haryana has been topping the list of leading states of the country and the per capita income of Haryana has also been increasing continuously. Now with KMP Expressway when functional not only the real estate market of the region will be pumped with the connectivity but there would also be industrial and economic development in the area adjoining the Expressway. Not just this, Haryana would also lead in education and IT sector.”

“With KMP expressway, apart from industrial and economic development there would be surplus investment opportunities. With the enhanced connectivity in Northern Haryana & NCR and increasing infrastructure in the state,people will tend to invest in the properties in both the regions making a positive impact on the real estate sector. The industrial development in the state would also provide employment to children of farmers which would definitely increase the income.

“The inauguration of the Kundali- Manesar- Palwal Expressway thus enhancing the connectivity and cutting the travel time between Northern Haryana and NCR will just boost the realty market of these regions but will also help in maximizing the investment opportunities for the properties alongside. The quick link will not only lead to industrial development but will also help in the economic development in the area adjoining the expressway.” 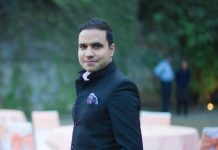