GENEVA/NEW DELHI , April 05,2014 : Swiss giant Holcim today said it is in “advanced discussion” with world’s largest cement producer Lafarge for a possible merger, which may lead to setting up of a mega cement company having presence across the world.

“Holcim confirms that Lafarge and Holcim are in advanced discussions regarding a possible combination,” the Swiss firm said in a statement posted at its website.

It further said that “Holcim and Lafarge believe that, given the strong complementarity of their portfolio and the cultural proximity between the two companies, there is rationale in considering a potential merger that could deliver significant benefits to customers, employees and shareholders.”
However, it also clarified that “no agreement has yet been reached and no assurance can be given that these discussions will lead to a definitive agreement. Holcim will inform the public of any material developments in this respect.”

Similarly, Lafarge’s sales had declined by 4 per cent to 15.198 billion euros, while the net income had risen by 65 per cent at 601 million euros in 2013. The company had reported nearly 137 million tonnes of cement production last year.

The merger, if the talks fructify, would create a mega Swiss-French cement giant having a market value of over USD 50 billion.

Holcim said that the discussions are “based on principles consistent with a merger of equals which build on the strengths and identities of the two companies”.

In India, Holcim operates through its two major subsidiaries, Ambuja Cement and ACCBSE 0.71 %, which have combined annual cement production capacity of 45 million tonnes. Both the companies among the major Indian cement manufacturers.

However, unlike Holcim, Lafarge has a small presence in India with 4 cement plants having a total production capacity of 8 million tonnes. The company had entered India in 1999. 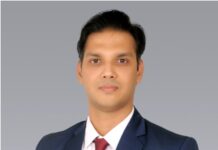