Mumbai, July 30, 2016: Godrej Appliances, one of India’s leading players in the Home Appliances segment, has been awarded the prestigious ‘Golden Peacock Eco-Innovation Award’ for the year 2016, in recognition for its Godrej Eon Green Balance Air Conditioners.

The Godrej Eon Green Balance Air Conditioner is the most energy efficient AC in its category with the highest energy efficiency rating of 3.9 EER which is much higher than the current 5-star rated ACs in the market (3.5 EER). The Green Balance ACs deploy the greenest refrigerant R290, making Godrej Eon ACs the most environment friendly in the country.

Mr. Kamal Nandi, Business Head and EVP – Godrej Appliances said, “This prestigious award is a glowing testament to the consistent and unwavering efforts put in by the entire team towards ensuring that every single product conforms to the highest environmental parameters globally. It is indeed heartening to note that this award acknowledges the Godrej Eon Green Balance Air Conditioners as amongst the most eco-friendly nationwide. Further, this recognition will spur the team to continue striving towards achieving even greater heights in terms of introducing more environment friendly products in near future. As a responsible brand, our effort has always been to ensure that our products deliver maximum efficiency while taking care of sustainability.”

The jury was under the chairmanship of Justice M. N. Venkatachaliah, former Chief Justice, Supreme Court of India. Each of the applications was reviewed independently by assessors, and thereafter discussed by the committee for normalization of assessments/reviews. The assessors further sought and received certain clarifications from the applicants.

Godrej Appliances has recently also been conferred with the India Design Mark Award and the National Energy conservation Award by the Bureau of Energy Efficiency, Government of India, for the Godrej Green Balance Air Conditioners. 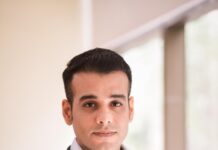 Views of Mr. Ashish Bhutani, Chief Executive Officer at Bhutani Group on RBI’s policy announcement in which the apex bank has hiked the repo...