New delhi, August 14, 2017: BSE listed, headquartered at Delhi, VKJ Infra Developers Ltd., engaged into construction of Industrial & Residential Complexes and infrastructure sector projects having state-of-art, ultra modern facilities and equipment’s for civil & structural construction activities has informed the Bombay Stock Exchange that it plans to raise funds through Preferential Issue and to acquire 100% stake in a Company which will be a Wholly Owned Subsidiary of VKJ, having huge land, spread in 6 acres area covered under land poling policy, notified by the Ministry of Urban Development and intends to start construction involving cost of approx Rs. 120 Crores.

The Land Pooling is a concept where small chunks of land are owned by group of owners who assemble and join hands for development of infrastructure as per the provisions of the Delhi Development Act 1957. Currently, the company subcontracts specific construction and execution work related to projects to third party contractors. As soon a contract is received by VKJ, the company  initiates the process of finalizing the subcontractor for execution of the same and enters into a subcontract agreement.

VKJ Infra Developers Limited is in the process of setting up of joint venture with a Real Estate Giant, for which the identification process is on. With the thrust on infrastructure sector by the Government allocating Rs. 4 lac cr. investment in the sector, VKJ will also be a beneficiary. Also VKJ Infra is planning major expansion whereby it has identified several new sites all over India for constructing multi storied housing & industrial complexes, for which it is planning major acquisitions of land parcels. The company is further planning to enter Road Construction Business whereby it will construct Road and Bridges on Highways through Government  Tenders whereby Revenues & Profitability may boost substantially. 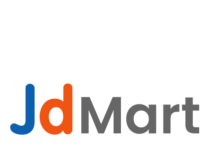