Provident Winworth, a premium residential project, is located in Edappally.

National, February 20, 2022: In a landmark move, Provident Housing Limited (PHL),  a 100% subsidiary of Puravankara Group, is set to make its first footprint in Kerala. The company has announced the launch of Provident Winworth in Kochi. With an ambitious pipeline planned for the city, this latest venture will see a project value of INR 3000 crore. It is also one of the four projects that Provident has received an inflow of capital from the International Finance Corporation (IFC) and the IFC Emerging Asia Fund.

Over the last decade, Kochi has evolved into a highly desirable residential destination. The budding IT landscape, thriving commercial centres, and admiration for art and cinema have truly transformed the city into an urban utopia.

The changes within the metropolis are evident in the aspirations of its residents. There is a marked preference for luxury and a high standard of living at unbeatable value. Today’s homebuyer is discerning, well-informed and is precise with their requirements. With its latest offering, Provident Housing aims to fulfil these emerging needs of the new-age consumer.

After the tremendous success of projects including Provident Sunworth, Provident Park Square and Adora De Goa, PHL is set to achieve a new milestone with the new project. Provident Winworth is located in Edapally, one of the fastest-growing regions in Kochi and is well-connected via a metro rail and road. It has also emerged as an alternate business district.

Ashish Puravankara, Managing Director, Puravankara Limited, said, “One of the driving forces behind Provident Housing is upending the notion that luxury and affordability are mutually exclusive. We are delighted to debut our first premium-affordable offering of Kerala in Kochi. Over the last few years, we have witnessed the city scale its infrastructure and simultaneously position itself as a cultural capital. With this new venture, we aim to create a landmark in the city while providing an unmatched living experience for its residents.

With Abhishek Kapoor, the CEO, and our newest leader, Mallanna Sasalu, the COO of Provident Housing Limited, I am confident that the project will be a tremendous success. I am excited to begin our new chapter in Kerala”.

Abhishek Kapoor, CEO, Puravankara Limited, said, “Provident Winworth is a balanced intersection of architectural value and the city’s ambition. From the conceptualisation to construction, every element of the project is informed by the rich heritage of Malabar. It will be the largest mixed-use development in Edappally with retail and commercial elements, making it inclusive and accessible. As always, our highest priority is to offer quality homes that enrich and elevate the homebuyer’s lifestyle.”

The project will be introduced in the market through an innovative Quasi Book Building method. Fundamental ‘Demand-Supply’ metrics will drive the price discovery process. The pre-booking process offers comprehensive product information to prospective buyers, along with a ‘Price-Band’ for each type of unit. Expressions of interest (EOI) from prospective buyers help gauge the project’s demand and achieve a data-driven pricing decision.

Over the last 13 years, Provident Housing Limited has continued to dominate the country’s residential real estate. PHL accounts for 42% of Puravankara Group’s launch pipeline. The company has launched ~21 msft of projects across 9 cities – Bangalore, Chennai, Hyderabad, Mumbai, Pune, Goa, Kochi, Coimbatore and Mangalore, out of which ~12 msft has been delivered. Amarja Hills – One of the largest Farmhouse Projects in India aims at adding another 150 villas over the next three years with an... 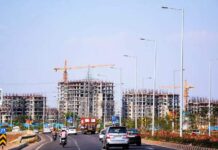