S ujay Kalele, Chief Executive Officer of  Kolte-Patil Developers    credits realty developer’s projects in Pune and Bangalore for their robust performance in the second quarter. The company more than doubled its net profit at Rs 19.6 crore in the quarter in focus and sold 0.8 million square feet at the average prices of Rs 4,300 per square feet in Pune alone.

Kalele says the firm is in the process of signing two new redevelopment projects in Mumbai. “We hope to close out this financial year at Rs 600 crore of topline,” he said adding, next year the company is eyeing a topline of close to Rs 900-1,000 crore. 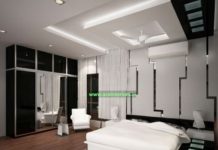