New Delhi, February 09, 2018: STONA fairs have a long history of 30 years and till now the Federation has conducted 12 STONA fairs and the 13th STONA 2018 was inaugurated today at BIEC, Tumkur Road. The occasion was graced by Honourable Minister of Mines Govt of Karnataka, Shri Vinay Kulkarni and Mr. R Sekar, President FIGSI. It had over 650 stalls will from over 17 countries; along with the breath taking Shilpa Gram – a live, creative manifestation of over 50 artisans from all across India who showcased their skill on stone. During 1987 few of the visionaries felt the need of having a Stone exhibition to promote the Indian Natural stone.  At that period to conduct an International fair was not an easy job and lot of efforts was put by our seniors to get the necessary permission and conduct the fair in 1987.  STONA 1987 was the first ever stone Industry fair held in entire Asia. When STONA first started in 1987 the Indian exports was around 50 crores and after STONA 2016 it has crossed 14,000 crores which clearly shows the contribution of the STONA fairs.

Exhibitors from all over India are also participating and the state governments from Gujarat, Orissa, Rajasthan and Karnataka are also exhibiting the stones of their states.

Ambassadors from various countries are also visiting STONA 2018 to get first hand information about what the Natural stone Industry of India can offer. Since raw material problem is faced by the Indian stone processing Industry, FIGSI made arrangement for an interactive session of the Industry with the Ambassadors on 7thFebruary 2018.

As per the tradition of our federation and as a social obligation, this time also we are having a dedicated area for the rural artisans under SHILP GRAM Program to show their skills in front of the visitors. During this fair there are three concurrent events/conferences for the benefit of the Industry.

And this time, STONA 2018 is the largest stone fair held in India with a gross area of 60000 sq mts which is being occupied by about 650 exhibitors from India and abroad. The growth is about 40 % compared to the earlier STONA 2016. Asia Pool & Spa Expo 2022 is back to Guangzhou in August 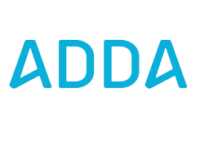 ADDA is organizing a workshop on Financial Governance