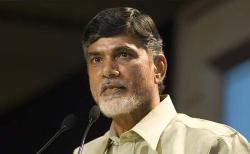 The state government has already got on board top global consultants from the UK, the US, Japan, the Netherlands, Singapore and other nations to offer a development roadmap for Amaravati.

Amaravati, July 20, 2017: Nestled on the banks of Krishna, Amaravati would be a “happy city”, one of the most livable in the world where for the state, people’s happiness index would be paramount, envisions Andhra Pradesh Chief Minister N Chandrababu Naidu.

The planners who have roped in top global consultants for iconic capital city architectures like a Buddhist-Stupa shaped High Court in recognition to Amaravati’s Buddhist roots, plan it as a vibrant and most livable city dotted with greens and blues where there would be no overhead electric wires or mobile towers or pollution.

According to the reports filed in Ndtv.com “Farmers and people of Amaravati have shown tremendous trust in us…offering 32,500 acres of land under a unique and innovative land pooling system. Bound by their unmatched trust, it is Andhra Pradesh machinery’s endeavour to make this capital city a happy city where its human resources are take care of first. Amaravati would be one of the top on happiness index of its people,” Mr Naidu told PTI.

Confident of realising his dreams and reiterating that “creating a new capital from scratch is a crisis-turned- opportunity for him” in order to serve his people, Mr Naidu said “it would be a clean and green city” that will also have temperature under control with massive water bodies.

“We will develop seven of our thirteen islands…there would be no overhead electric wires, mobile towers…there will be greenery all around and each family of the capital city would be taken care of adequately,” Mr Naidu said.

Ndtv.com also quoted in the report that Ajay Jain, principal secretary, energy, infrastructure, investment and the Capital Region Development Authority (CRDA) departments, said, “City of Amaravati is planned as a happy city. Happiness is the most dominant concept of this new capital city where greenery and water would dominate about 30 per cent of the land.”

He said, “We are planning eco-friendly public transport that would include electric vehicles as well as vehicles on clean fuel. There would be 100 per cent wi-fi and affordable housing.”

The government has designed the development in such a fashion that there would be a public transport facility at every two km while water bodies are increased to keep the hot temperature under control.

Mr Jain said Amaravati will have energy efficient building with more than 50 per cent of the power needs coming from renewable energy sources.

“We have collaborations with Japan, Singapore, the US, the UK and other countries top consultants to develop the city,” he said.

The interim transitional government complex at Velagapudi was built to accommodate 500 employees in a record 192 days with Rs 512 crore investment.

The state government has already got on board top global consultants from the UK, the US, Japan, the Netherlands, Singapore and other nations to offer a development roadmap.

The government has finalised Makki and Associates, a leading Japanese architecture company, to design iconic buildings.

The Netherlands-based Arcadis, the well-known engineering consultancy firm, will be planning and designing the blue infrastructure in and around Amaravati that will feature water bodies, reservoirs, ponds and lakes, river drainage and canals. Arcadis has signed an agreement with Tata Consulting Engineers for blue infrastructure in the Amaravati region.

For the green plan, HC Patel, which developed the Sabarmati river front in association with GIIC of China, has been roped in.

The Andhra Pradesh Capital Region Development Authority (APCRDA) has been entrusted with planning, co-ordination, plan execution, promoting and securing the planned development of the capital region.

The government has already alloted 996 acres to a dozen institutions to set up educational, health and other bodies at a projected cost of Rs 17,808 crore. These projects are aimed at creating 32,726 jobs.

Amrita University and Indo-UK Institute of Healthhave also been alloted land at a cost of Rs 3,200 crore.